Better Health for AllWorld Without Disease

There are currently around 37 million people globally living with human immunodeficiency virus (HIV)/AIDS1 and many more are affected by the challenges remaining in the areas of prevention, treatment, access and public education. The Janssen Pharmaceutical Companies of Johnson & Johnson (Janssen) have been on the front lines of fighting HIV for decades through the introduction of eight transformational HIV medicines, including three antiviral agents and five combination products developed in partnership. We are innovating to help patients currently facing a lifetime of treatment through simplified, innovative regimens. Additionally, the discovery and development of an investigational preventive vaccine is a major part of our work. We are also engaged in early science for a functional cure, investigating strategies to help patients achieve treatment-free remission.

Developing a vaccine against HIV is a top priority and will be a critical tool to help create a world without AIDS. We’re joining forces with the world’s leading HIV researchers and global health advocates to help advance our experimental vaccine. Working together, our goal is to make HIV history.

In July 2018, The Lancet published initial immune response data regarding our investigational mosaic-based preventive vaccine regimen against HIV-1 infection. The Lancet paper provided the first detailed analysis of the first results from the early-stage (Phase 1/2a) study, known as the APPROACH study, which was conducted among 393 healthy HIV-uninfected adults in Rwanda, South Africa, Thailand, Uganda and the United States. The data generated suggest that the vaccine regimen was well-tolerated and elicited a robust HIV antibody response in all healthy volunteers. Further, at the 2018 HIV Research for Prevention Conference in Madrid, Spain, we shared the primary analysis of immune response data for a tetravalent (4-valent) version of the mosaic-based preventive vaccine against HIV-1 infection. In this Phase 1/2a study, known as the TRAVERSE study, the tetravalent vaccine was well-tolerated among HIV negative volunteers, and significantly enhanced the breadth of immune responses to different HIV-1 strains compared to the trivalent version that was evaluated in APPROACH.

The early findings from the APPROACH and TRAVERSE studies were critical in enabling us to progress to the next stage: the first-ever large-scale efficacy study for the mosaic-based vaccine regimen. Paul Stoffels, M.D., Vice Chair of the Executive Committee and Chief Scientific Officer, Johnson & Johnson, provided an update on this study—called Imbokodo—at the Global Citizen Festival in New York City in September 2018, which Johnson & Johnson supported as the Major Health Partner for the third consecutive year. Together with partners like the National Institutes of Health, the HIV Vaccine Trials Network, the Bill & Melinda Gates Foundation and the South African Medical Research Council, among many others, Janssen is conducting this study in five southern African countries in an effort to identify mechanisms to prevent the spread of HIV and lead the way to developing a global vaccine effective against the multiple strains of the virus.

We are in a golden age in HIV vaccine science. Currently we are exploring two different active HIV vaccine strategies as well as evaluating whether a trial using neutralizing antibodies can protect against HIV. In the next four years, we have the potential to change the game, and bring valuable tools to the public to protect communities from HIV. 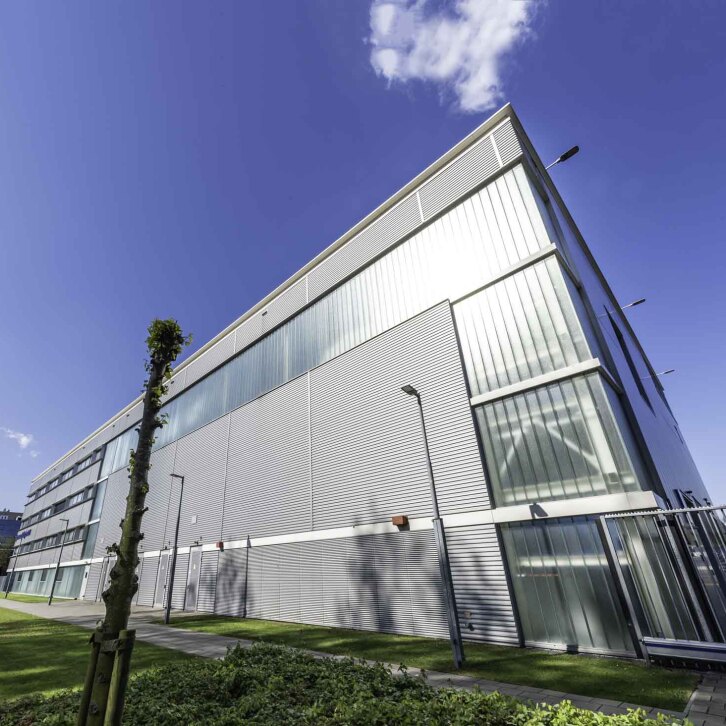 In 2018, we opened our state-of-the-art vaccines launch facility in the Netherlands. The facility is constructed for production of late-stage (Phase 3) clinical trial supplies for Janssen’s investigational vaccines targeting HIV, Respiratory Syncytial Virus, Ebola, and a universal influenza vaccine. Pending regulatory approvals, the facility will also be ready to manufacture the first batches of vaccines for real-world use.

The development of novel medicines with extended release suspension for injection may reduce the impact of treatment on people’s lives. This novel approach would signify a much-needed treatment evolution for people living with HIV, moving from dosing 365 to just 12 or even six times per year. Janssen, in collaboration with ViiV Healthcare, is investigating the potential of a long-acting injectable treatment regimen combining long-acting rilpivirine (Janssen) and cabotegravir (ViiV) for the treatment of HIV.

In August and October 2018, Janssen and ViiV Healthcare announced primary findings from the two global Phase 3 trials – ATLAS and FLAIR. Both ATLAS and FLAIR met criteria for non-inferiority of this novel monthly regimen versus standard-of-care daily oral regimens. The Phase 3 results from these studies show that a two-drug injectable treatment regimen may provide people living with HIV the option of managing their virus with just 12 injection visits a year.

In addition to these advances in creating a global vaccine for HIV, we have progressed several initiatives to broaden access to HIV treatment, such as partnering with the U.S. President's Emergency Plan for AIDS Relief (PEPFAR) on two of their key platforms, DREAMS and MenStar, and expanded our capabilities to meet supplies for patients who need them around the world, such as through the New Horizons Collaboration. Some examples are noted below.

Empowering youth in South Africa to reduce the spread of HIV

In 2018, in South Africa, we launched “DREAMS, Thina Abantu Abasha,” a youth-led peer-to-peer initiative aimed at empowering youth to substantially reduce the rate of HIV infections. During the year, we expanded the program from KwaZulu-Natal to Gauteng, two provinces with the highest rates of HIV infection. “Thina Abantu Abasha” is Zulu for “We the Youth” and is based on the premise that no action of empowering the youth should take place without the direct involvement of youth themselves. True to its name, the program is an entirely youth-driven initiative. The program content, design and implementation model was directed by the Youth Leadership Team consisting of eight dynamic young people with a passion for youth empowerment and HIV reduction. The program, which is undertaken in collaboration with the United Nations Population Fund South Africa, the Department of Health Youth Program and She Conquers, focuses on empowering young people with leadership, employability and sexual and reproductive health resources—three themes identified by youth as key empowerment drivers in preventing the spread of HIV.

Our pledge to the MenStar Coalition

In 2018, we confirmed our pledge to the MenStar coalition, which brings together seven global founding partners to expand the diagnoses and treatment of HIV infections in men, particularly in sub-Saharan Africa. This a key way forward to breaking the cycle of HIV transmission and ultimately ending the AIDS epidemic as a public health threat by 2030.

Expanding global access to HIV treatment for children in need

For nearly five years, Janssen has been working to address the needs of this significantly underserved population in sub-Saharan Africa. In 2013, Janssen launched the New Horizons Collaborative, a first-of-its-kind pediatric HIV treatment donation program now available in 10 countries, to provide treatment, including child-friendly formulations, free of charge to eligible countries able to advance pediatric HIV treatment. Learn more about the program here.

In 2018, Janssen and PEPFAR launched a new initiative aimed at expanding global access to HIV antiretroviral therapy (ART) for children in in the developing world. Worldwide, approximately 1.8 million children under age 15 have HIV, and most are living in sub-Saharan Africa.3 Only 52% of these children are on HIV treatment.4 Janssen will work to provide sustainable access to a pediatric formulation of its medicine, darunavir (75mg).

Children are more prone to developing drug resistance to first-line therapies, and yet the supply of the second-line medicines they need is constrained. By working together with innovator companies like Johnson & Johnson, as well as generic manufacturers, PEPFAR is determined to address this critical gap. Because we know that if we don’t take action now, the pediatric HIV care challenge will only grow.

As part of our multi-year partnership with the nonprofit International Partnership for Microbicides (IPM), IPM applied to the European Medicines Agency for approval of their monthly dapivirine vaginal ring that reduces the risk of HIV-1 infection in young women, offering a discreet prevention tool for women.

Partnering to end HIV in Uganda

In 2018, we partnered with Baylor-Uganda, a Ugandan HIV not-for-profit organization, and Pepal to host The International Summit on Leadership in Healthcare in Uganda. The two-day summit brought together national and international stakeholders, including the Prime Minister and State Minster for Health of Uganda, to share strategies for success for leadership in healthcare. The summit was a platform to showcase and develop ideas for sustainability and the launch of a new leadership academy.

Back To World Without Disease
Up Next Eradicating Tuberculosis
You are leaving jnj.com and entering a third party site. This link is provided for your convenience, and Johnson & Johnson disclaims liability for content created or maintained by third parties. Continue